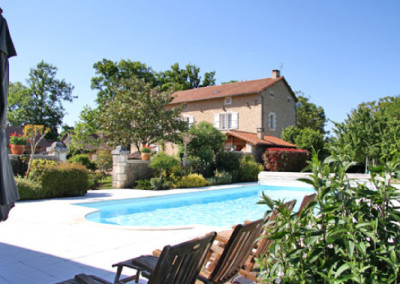 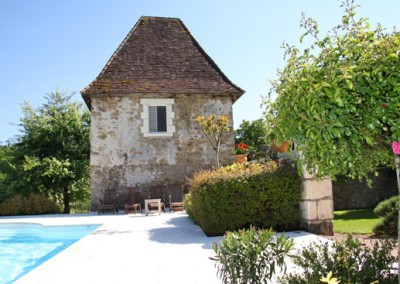 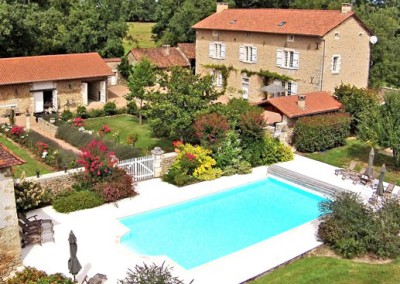 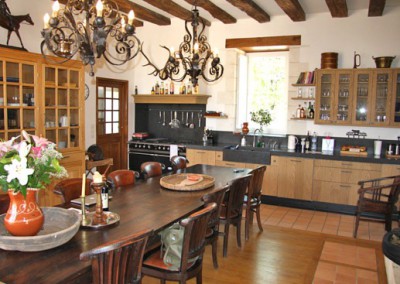 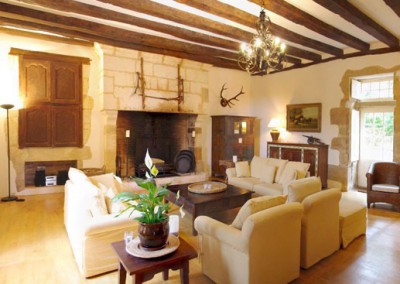 Situated In the heart of the Périgord Vert, this magnificent ‘Maison forte’, recently renovated by the practice is located in an area of 52 acres of rolling forests and meadows.

The impressive original house dates back to the 12th century and was once a refuge for monks. The large rooms occupying two floors are positioned on each side of the magnificent central staircase, which includes 43 stairs carved from a single block of white stone. In the beautiful walled courtyard in front of the House, the remnants of stone pillars can de seen recalling a cloister which once led to a chapel.

Behind a stone wall lies the beautiful heated pool with a splendid view of the surrounding countryside and an abris jardin with an outside fireplace.

We were involved in the design from conception to completion including obtaining all the necessary planning and listed building consents including liaison with the Batiments de France. We also produced the detailed design assisted with the selection of contractors and supervision of the works on site.

A unique opportunity to work on an historical masterpiece.

We use cookies to ensure that we give you the best experience on our website. If you continue to use this site we will assume that you are happy with it.Ok